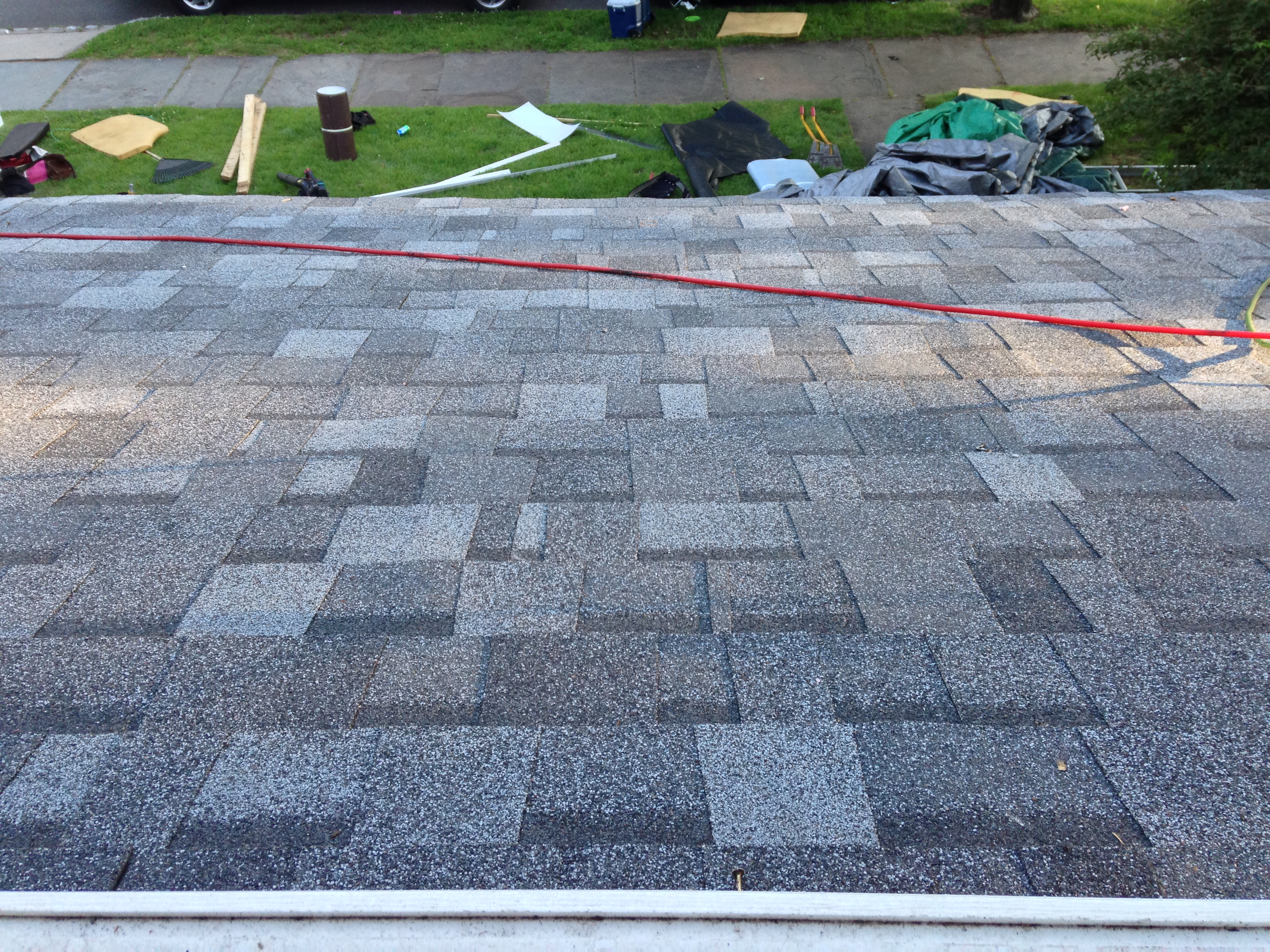 A few roof leaks and the general moldiness of the old, poorly laid roof (which you can take another look at Here when we took down the back porch had gotten to me and it was time for a new roof! This was our first HUGE expenditure so we did a little research beforehand and went with Owens Corning TruDefinition Shingles in Slatestone Gray.

I thought the gray gave the most Victorian type feel.

They have 130 mph reported wind resistance so post hurricane Sandy that was a concern of mine. Since the entirety of the house is big thick boards and not plywood the lack of roof gave the attic an eerie look. The guys working on the roof said it was the hardest job they ever had. Judging by the complexity of the angles and the sheer weirdness of it all I’m inclined (get it?) to agree. I didn’t take that many pics since they worked quick and I was at work for most of it all. A million times better! Next up is the siding!